The aim of this project is to create a free (as in free speech) JTAG interface which can be connected to all modern computers via USB. Several alternatives exist, but they're either proprietary (you can only buy it from a certain vendor at a made-up price) or require some $30+ part to be ordered from a US supplier. More information about the alternatives can be found in the appropriate section. 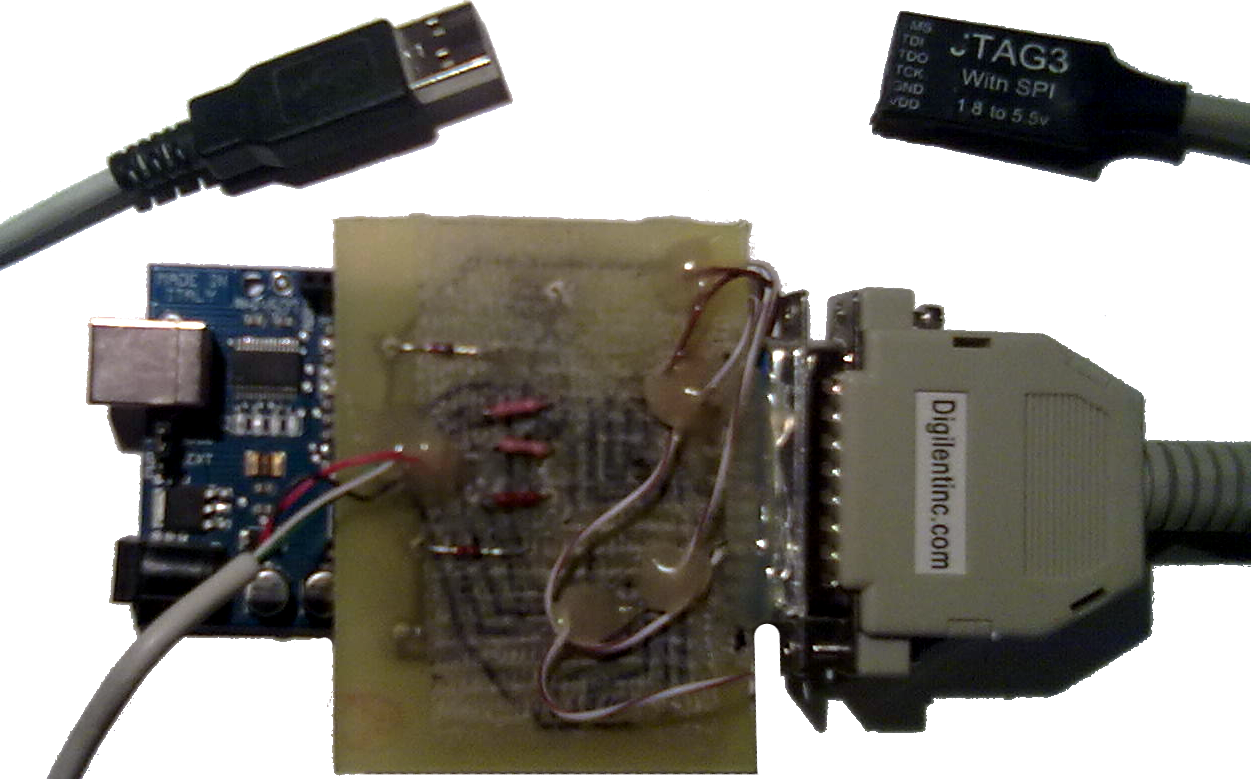 FUJI provides an interface between a USB port and the 25-pin D-sub parallel port interface of Digilent Inc. (JTAG3), because it's distributed for free with some FPGA boards (for example the Xilinx Spartan-3 Starter Kit) and it can be constructed easily (and quite frankly, because we already have one).


The current version interfaces with the PC natively (eg. without external circuitry) using V-USB under GPL license. FUJI presents itself as a low-speed (1,5 Mbps) HID device, but not as mouse, keyboard or joystick. This setup has the following advantages: