SSTV beacon based on Raspberry Pi 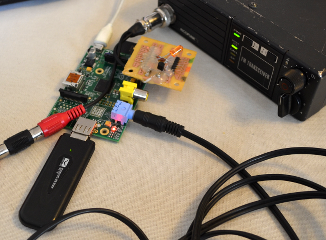 This project aims to build such a beacon that transmits images taken with its camera using SSTV over ham radio. The computing part is a Raspberry Pi Model A, and a Ricofunk UHF transceiver is used to carry the images over the air. The first beta operation can be watched on a YouTube video. Working installations use a Raspberry Pi camera module to transmit live images, larger resolution photos of the build can be opened by clicking on the thumbnails, the full list of images can be found in a DropBox folder.

The first prototype used PySSTV to convert images to sound. As of v0.1.9, a (2 minutes long) Martin M1 image is generated in 4. A more effective solution is in progress at UNIXSSTV, this is currently combined with PySSTV. The software pipeline can be seen below, source code can be found in the rpi-sstv GitHub repository.


BMP was chosen since it wouldn't make sense compressing an image (wasting CPU cycles) right before parsing it in another component, and discarding the image forever. PySSTV is used for generating frequency-time tuples (e.g. 1500 Hz for 10 msec, then 2000 Hz for 25 msec, ...) as it's fast enough and it's easy to use PIL to manipulate the image, which in our case consists of resizing it and putting the callsign (HA5KDR) in the top left part of the image. UNIXSSTV performs the parts which are not that complicated, but would be too time consuming in pure Python in a constrained environment as the Raspberry Pi, and SoX (more precisely play) is used to divert the samples towards the audio output.

To avoid screwing up the SD card, by default, every part of the FS is either mounted in read-only mode (things like /home and /usr) or uses a ramdisk (things like /tmp and logs). The beacon is activated periodically using cron; even though the Raspberry Pi doesn't have a real-time clock (RTC), it can measure the time since it booted, so if configured to run every n minutes, it will do that, but it will not be synchronized to any clock.

The Raspberry Pi is mounted using two screws to the metal plate inside the case. 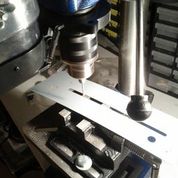 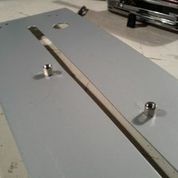 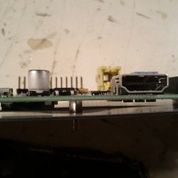 The Raspberry Pi camera is mounted to the metal plate inside the case using screws and a floppy disk cut in half and put back together using hot glue. 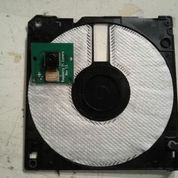 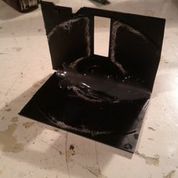 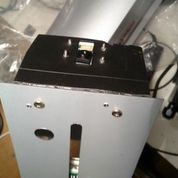 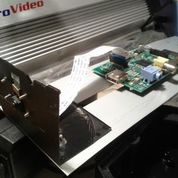 Connecting the transceiver and the RPi 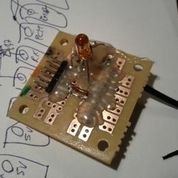 The bridge to the right and with its schematics below makes three connections possible: 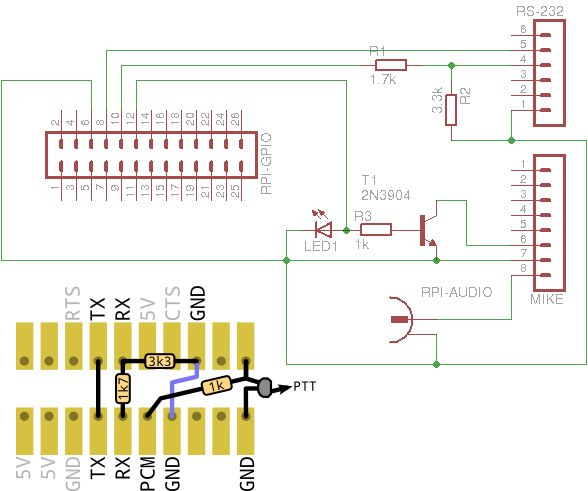 The voltage divider makes sure that voltage on the serial receive pin of the Raspberry Pi is 3.3 volts or lower. The other direction requires less attention as 3.3 volts are still above the 2.5 volts compare level used by the 5 volts FTDI cable.

As it turned out the levels matched perfectly, we found it best to turn the volume to the maximum on the Raspberry Pi. Don't forget to select the appropriate output device if you have HDMI connected!

Transmit mode can be switched using an NPN transistor connected to GPIO 18 (pin 12), for example using the following Python code (based on the openmicros example). 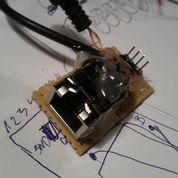 The final placement of the Raspberry Pi requires to place the radio 10-15 meters away from the transceiver, and a UTP cable is used to transmit signal, TX control and power. The wire assignment is the following: